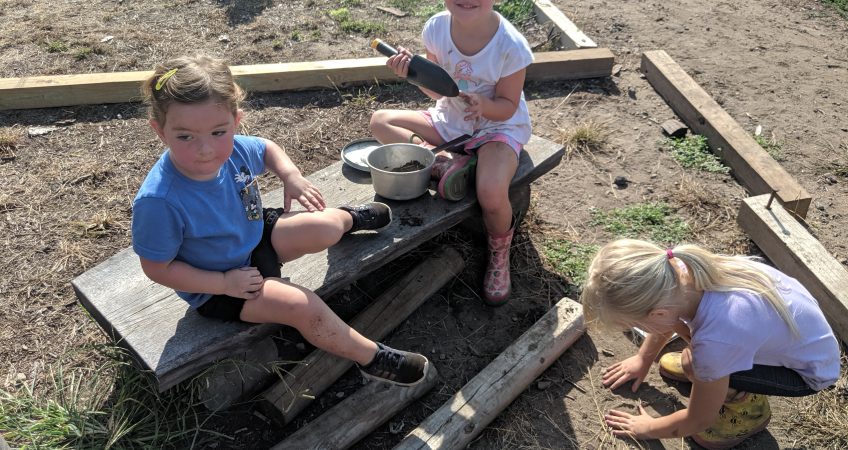 Nurture with Nature is already a fun name but throw the brilliance of owner Dawn Langer behind it and you’ll find something amazing.  We are sitting on well-finished stumps fashioned into tiny chairs.  I’m beginning to understand how flexible caregivers are, 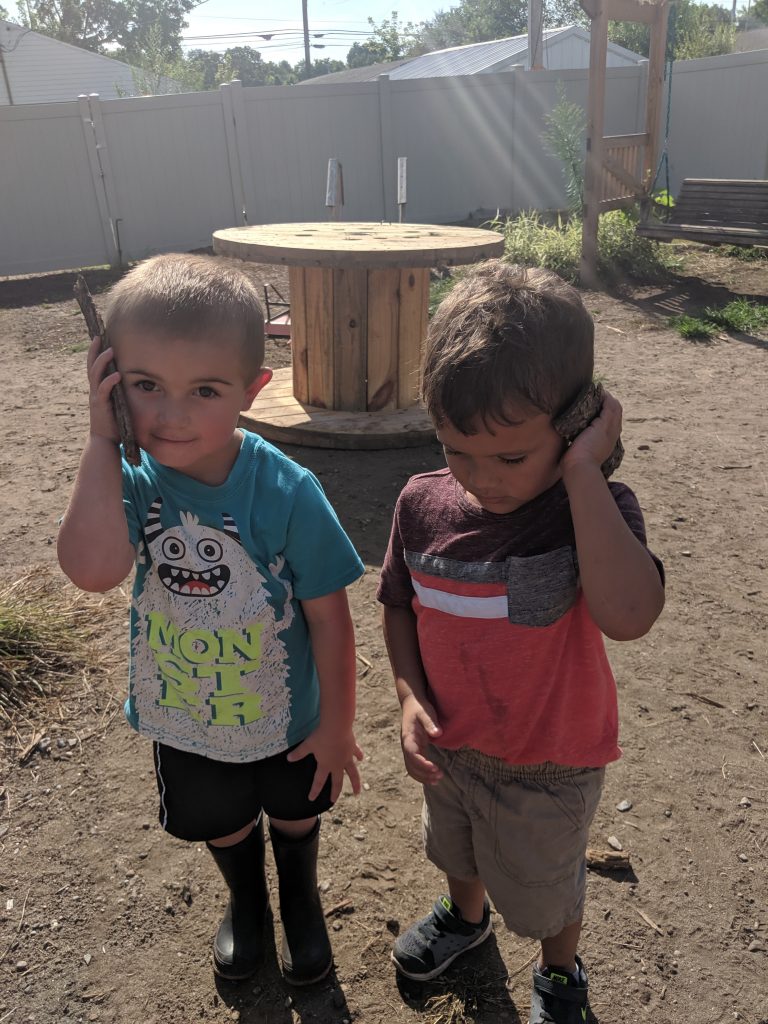 as I go between facilities for these interviews.  There’s a display case right beside the entrance that has all sorts of sea creatures and a few books in it.  Everything in the room is naturally made in some way.  Nature is ever present inside and out.

Dawn jumps to explain the situation at hand.

When she takes me on a brief tour of outside, I’m excited to see all the great things that the kids have to do.  There is a watchtower, several chalkboards, a garden area, water play area, benches, and an enclosed area with shade and fake grass she explains is a “gaga pit” for the babies.  The kids are all in little crowds across the yard.  A group of three girls and a boy have a muffin tin and are digging up dirt to put in the tin.

“We’re making muffins,” a little girl explains to me. “And a cake!” another one corrects. Their hands are covered in dirt, as are their clothes, knees, and faces.

“Parents come to pick up their kids and they are almost always filthy from playing outside, and the parents absolutely love it.”  Dawn smiles as two little boys come up to us with pieces of bark held against their ears as cell phones talking to each other.  Outside time is something that isn’t always thought about like it used to be.  Video games, tv, and tablets take over our kid’s senses, mine included, and it’s nice to see kids so immersed in nature and just being outdoors. 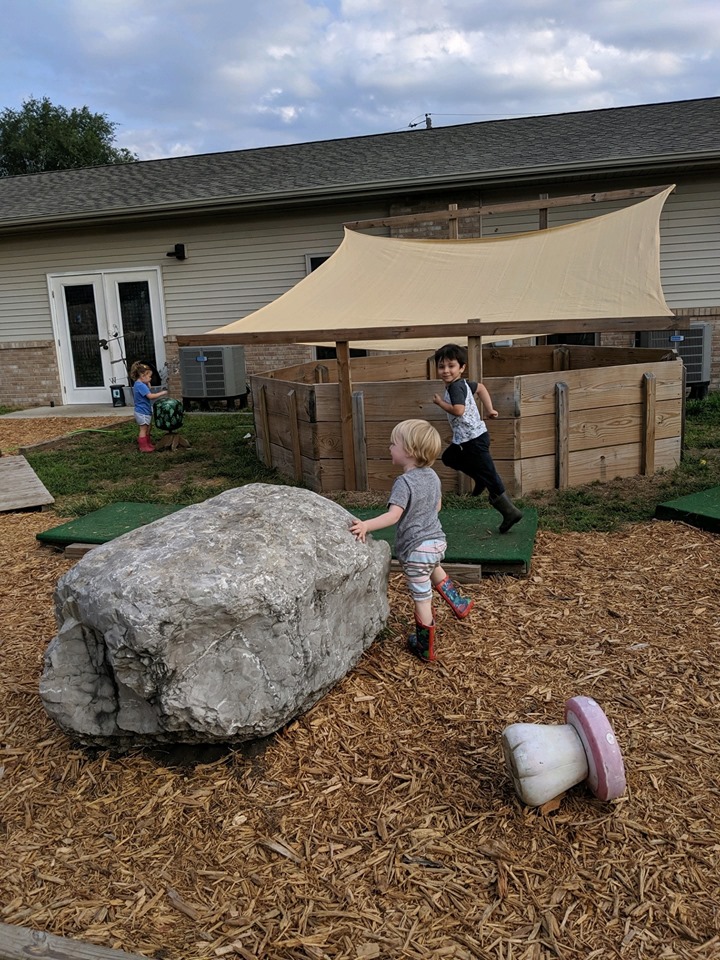 When I take my pictures from my interview home to show my husband the area, he takes note of the watchtower and asks me what it’s for.

“Whatever they want!” I exclaim, hyper-enthused over Nurture with Nature, and that’s something Dawn has found to be the best way to teach children is by finding what they want to learn about.  She points me in the direction of the display case.

“It’s an emergent curriculum.  Let’s say they were talking about space because who knows sometimes someone brings in something and says, ‘This looks like the earth’.  So, then they would start talking on that.  I think right now they’re talking about the ocean.  A lot of times we use our display case to show what we are working on.  It’s not so much theme based.  We don’t think in terms of nouns, more in terms of verbs.  It could be how things move in the ocean.  So, then you get into a whole lot of science.  Each day they may be working on a different thing.

Dawn has four different locations: the two in the building we are in, one across the street, and another about a football field away across Route 46.  The furthest is her original facility called Dawn’s Daycare, but soon it will also be Nurture with Nature.  I ask her what that facility is working on.

“We are working on farm.  I think a lot of the kids had gone to the fair recently.  That kind of brought that about.”  Four different facilities, four different lessons, and a lot of kids excited to learn.

Are your kids excited to learn?  What could your facility teach them if you had the funds to do more?  Apply for the Quality Childcare Initiative Grant and find out how far you can go! 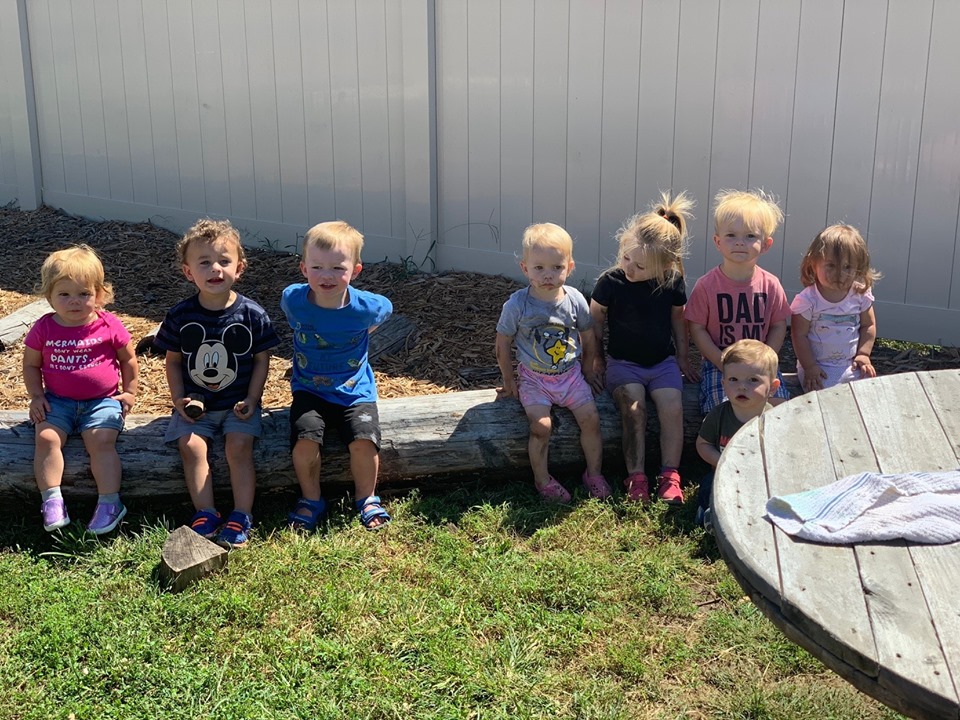