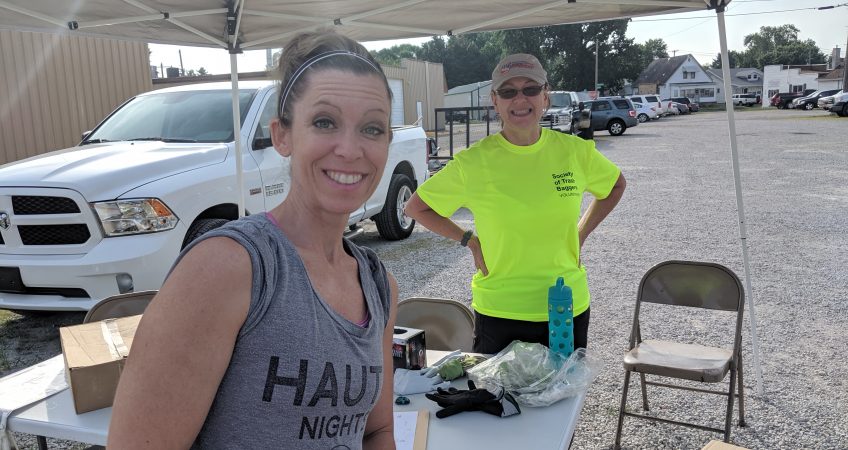 If you’re on the “may have not” end of that conversation lets fix that. 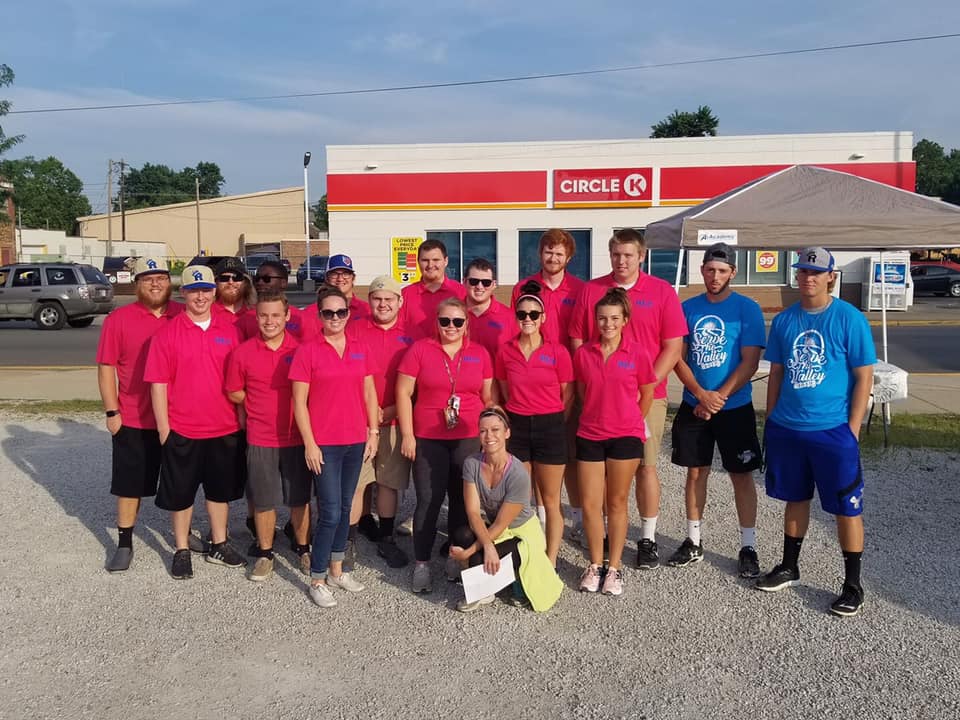 Meet Jennifer Mullen.  It’s 9:00 AM on Lafayette Street by Harmony Hall.  I have been up since 6:00 AM, had coffee and breakfast, and have even already made one stop, but I’m far from bubbly. Jennifer, on the other hand, has enough energy for me, herself, and at least half of her Rex Baseball Team volunteers.  I’m getting excited just from being near her.

I start off much the same way all my interviews go and ask her to tell me a bit about why she’s here and what’s going on.

“I just helped coordinate the cleanup.  Abby (Desboro, Director of Marketing and Communications) got ahold of me if 12 Points, we’re a nonprofit now, 12 Points Revitalization or 12 Points, oh my God, Garii?”

Garri Knezevich, one of the people who works to coordinate regular clean-ups and meetings for the so-far unnamed 12 Points project, sits calmly with a smile as he watches Jennifer flounder with the energy of a hyper puppy.

“12 Points Revitalization Initiative Inc.” Garri offers her the name in her time of need.  No wonder she couldn’t remember; that’s a mouthful.

“12 Points Revitalization Initiative Inc is what the official nonprofit is called.  I’ve been initiating cleanups in the area since about March.  Karen Long and Susan Mardis live around here, and they started cleaning up around here last July.  I just started tagging along.”

Several of the 12 Points community started talking on Facebook about getting the area back to its former glory.  Jennifer thought it was a great idea, and the meeting came to be.

“That was, like, February and ever since then, we start off with 35 people at our first meeting and now have 20 people that consistently come once a month.  We had our first fundraising event, which was a car show.  Some people said, ‘I had tears in my eyes to see life come back to Lafayette (Avenue).” 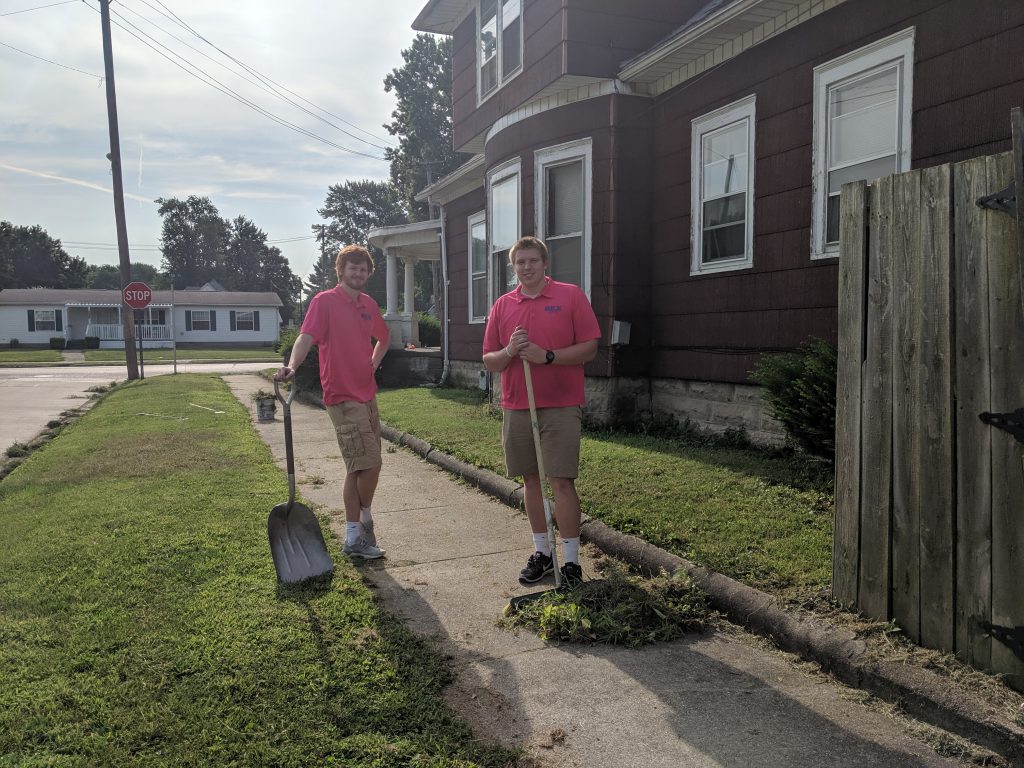 The hope is to get some money from grants to do some major work on the area, but little things along the way.  Jennifer says that it’s the little things that add up, and people will start to see a really big difference in the community as the project comes along.

I ask her if she’s ever worked a Serve the Valley event or even volunteered with United Way before.

“No!  I’m really involved in the community, I think,” she truly seems flabbergasted that any of this exists, “but every time I think that I’m pretty involved there’ something new that I learn.  I’m just like, ‘Man if everyone knew what was going on they would,’” she stops to think.  What would people do if they knew all the volunteering opportunities and projects that went on around the community? “They would probably be a lot more involved, actually.  I am excited about United Way doing this.  How many years have they been doing this?”

I’m laughing pretty hard by this point.  She has so much enthusiasm about Serve the Valley and volunteer it has kind of thrown me off my game.  Who has this much energy to do hard labor so early in the morning?  Jennifer Mullen apparently, and she is on fire for Serve the Valley.

“Serve the Valley, itself, this is only its second year, but as for the Day of Service (what United Way does nationally as a single day to volunteer.  UWWV replaced it with Serve the Valley last year for more opportunities for community members to volunteer) it’s been going on for many years.”  It’s hard to keep from laughing as I see Jennifer’s eyes grow into huge saucers of wonder and her body slump in the disappointment of not knowing that this was a thing.

“Really?  Isn’t that terrible?  See, I didn’t know that!  Abby had reached out to me, and I was like I’m in.  Then I just have to reach out to friends and family. ‘Do you have shovels?  Do you have brooms?’  Thankfully the city of Terre Haute supplies us with our gloves and trash bags.  They’ll do the pickup for us.  I’m super thankful for this city as well.  I’m excited everybody is coming together to help each other.  When she says she’s excited there is no denying the truth of it.  She isn’t saying it for the sake of the media; it’s coming off of her in waves. 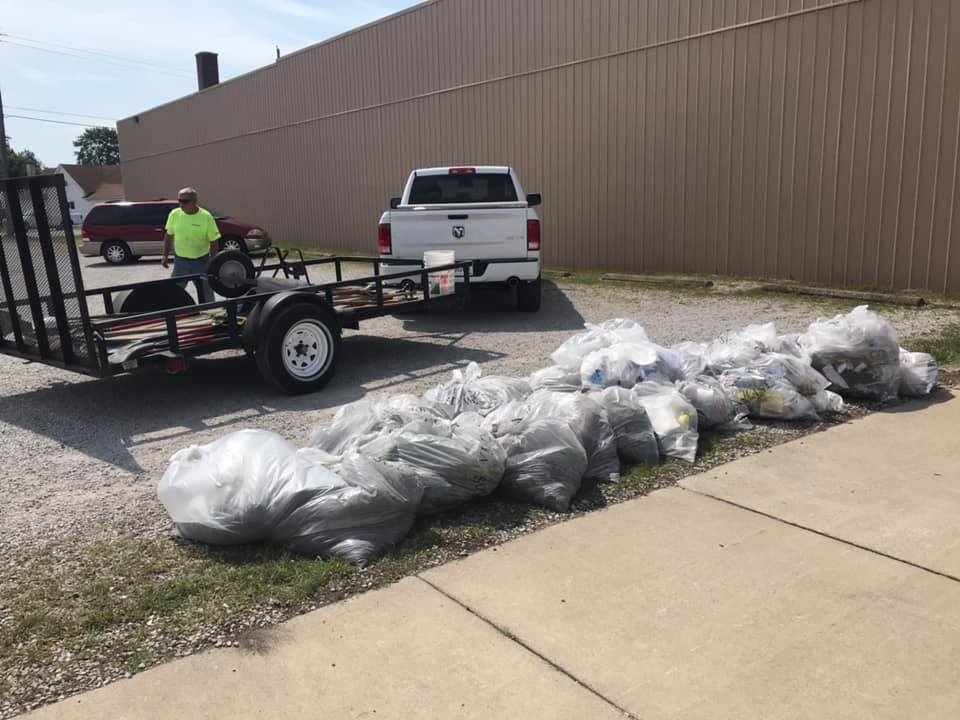 12 Points Revitalization Initiative Inc. had two days-worth of volunteers to help pick up trash, clean curbs, shovel dirt from the sidewalks.  On Friday people could see the bright pink of the Rex Baseball Team’s shirts dotting around the community.  Elanco, a local business, also sent out its team in their blue Serve the Valley shirts.  It may not be an impact that you would notice if you’re on your daily commute to work and simply driving through, but to those who live there, play there, and walk those streets daily it was a significant change.

That’s what it means to Live United.  That’s what United Way of the Wabash Valley is about and why Serve the Valley happens.