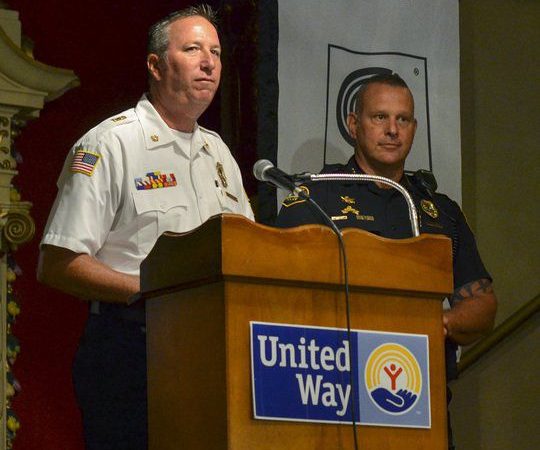 Who is United Way? Last time I introduced you to the fun family guy that is Jeff Fisher.  He’s a laid-back guy despite the extreme position he holds has Terre Haute Fire Chief.  Talking comes naturally to him and his stories are engaging.

His work at UWWV, however, didn’t come as surprise to his position.

“The mayor asked me to.  It’s not exactly like I can say no to my boss.”  He shoots me a sheepish grin, and I laugh.  True, its something most everyone has experienced.  Your boss tells you to do this thing, and you just do.  The highlight of it all was that Jeff was already giving regularly to the UWWV.  The Fire Department has always been a great supporter of forwarding the community.

Having his boss tell him to join didn’t stop him from continuing on in the UWWV.  Jeff Fisher is not a bare minimum guy.  He served on the board for a few years and became the Resource Drive Chair for the 2017 campaign.

That doesn’t really tell you much.  It didn’t tell me much either.  Back to digging, I go! 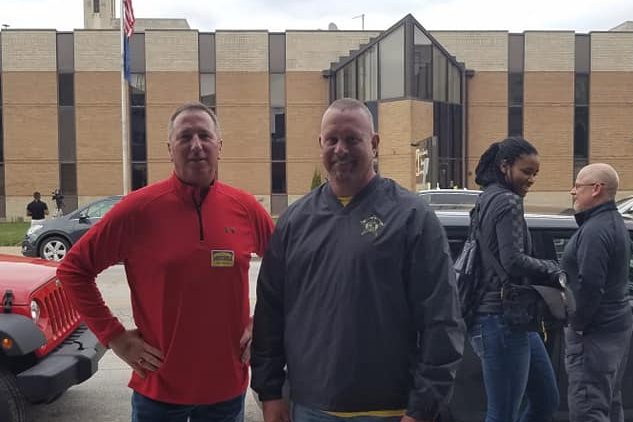 The Resource Drive Chair is the person for United Way who goes around the community, a lot, and talks to businesses and people about why it’s so important to give and what giving will do for the community.  With six counties in the Wabash Valley, Jeff had his work cut out for him.  He visited each of those counties over the course of that year and many, many businesses.  Among those were several of the Wabash Valley School Corporations, UAP, several Union Medical Groups, and that’s just a few of the bigger ones; there were smaller businesses as well.

It wasn’t just the traveling and the speaking that was a big deal during Jeff’s year, this was the beginning of reflecting on those Community Conversations we learned about with Kristi Howe.  United Way was heading towards big change, and that change was really something that they weren’t sure of yet.  What they did know was what the community wanted, and that was the most important thing to convey during these presentations around the Wabash Valley.

There may have not been any specific direction forged before those presentations, but because of Jeff’s work in building trust with the community, explaining that they had been heard, United Way of the Wabash Valley was able to begin their transition the following year and making new strides things like Success by Six and start a few grants to bring to the community.

Jeff’s laid-back appearance begins to dissolve for just a moment as he talks about working and traveling for the UWWV.  It’s only a second, though, before it’s back.

“John went with me on a lot of those.  We would just be in the car laughing and having a good time. It was a fun time for the two of us.”  He smiles thinking about all the goofy things he and his friend, Sheriff John Plasse, had done in those times.

Jeff is an amazing man doing good for our community in many different aspects.  He’s easy to get along with and wonderful to listen to.  I’ve laughed so much during my talk with him.  He can make anything fun, even talking about serious things going on in our community.

There are other people who can make things fun involved with United Way.  One woman, quick to laugh and a smile generally tugging at the corner of her mouth, has made United Way of the Wabash Valley more visible and more impactful in how the community comes together.  She’s put so much effort into UWWV that it has become her job.  There’s a lot of passion and a lot of fire that’s easy to get your heart captured by coming from her.