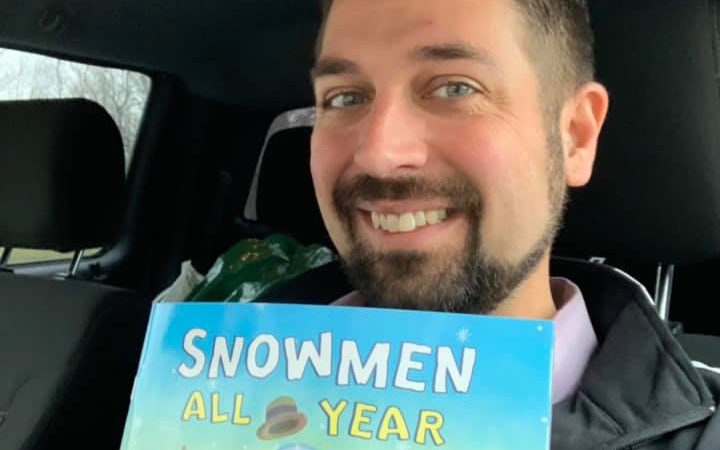 Who is United Way?  United Way is a lot of members of our community with unique stories and a lot of motivation to help out the people who live here.  United Way is Richard Payonk, Kristi Howe, and Brandon Halleck.

Brandon Halleck helps out the Wabash Valley in a number of ways and has since he was fresh out of high school, but his life of service started out not in the way you would expect. 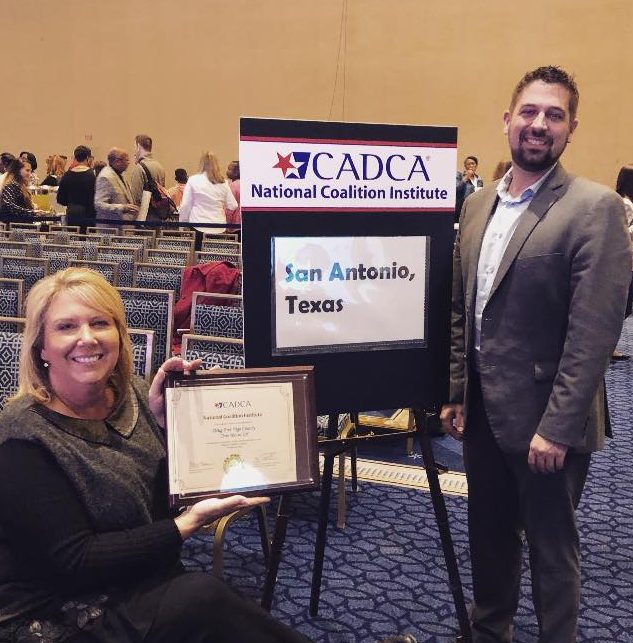 “I came to Indiana State University in 1997 to originally be a high school history teacher, but fortunately I started working at Chances when I was 18, part-time, working with youth and youth programming.” Brandon is at ease when he speaks.  He’s comfortable in his work environment.  We set up shop for his interview in a conference room attached to his office.  Everything in these two rooms echoes of typical office space: solid colored walls, conference table, chairs, a desk with typical personal touches of pictures and motivational sayings.  Everything, including Brandon, is the perfect picture of professionalism.

Suddenly we hear shrieking and laughter followed by the loud “thunk” of a child tripping over their own feet in the hallway.  My eyes go wide, and I laugh almost uncontrollably.  Brandon, however, is unphased.  This is his daily routine.  He’s been working for Chances and Services for Youth for 22 years.  Now he is Chief Operating Officer and works with United Way as a member of the Substance Use Disorder Impact Council.  He even gives a new view to those who work with United Way as he explains his involvement.

“I had volunteered in the past years with United Way and then with Chances.  Chances became a United Way agency, and then I was fully invested in United Way… Probably for me, 10 or 12 (years) that I’ve been a part of the United Way Family.”  What a fantastic way to show how important working closely with others is to you.  United Way is a family.  Together we work hard to bring the people in our community up from poverty and to achieve more than they thought they could.

But I’m getting distracted from why I’m here.  I’m here to get to know Brandon.  He has an eloquent way of speaking.  He’s not shy about answering questions, and he’s not shy about telling a story.

“My bother will kill me for saying this.” He’s covering his eyes with a mischievous smile on his face.  I’ve asked him if he could recall a funny story from his family.  Almost without hesitation, he began to laugh and tell his tale.  “So, I’ve got two younger brothers.  I’m the oldest.  I give them a hard time because everyone thinks I’m the youngest.  I enjoy that.” He gives a smug shrug and continues on, “We found a stray cat, kitten, that had been dropped off or just dumped… So honest to goodness, my brother, at the time we had a little wading pool and he was maybe four… He decided to baptize the cat.”  I’m already doubled over laughing.  This is going nowhere good.

“But he held the cat underwater just a hair too long.  The cat came out, claws out, petrified, (and) was for all intents and purposes dead.  So, we ended up naming the cat Niner for nine lives because literally, my family got the hairdryers out, kind of gave it mouth to mouth. (We) brought the cat back to life.  The cat was never quite right after that.  He eventually went to live with my uncle because if you came to visit you had to keep your hands (in your lap).  You could not leave your hands or fingers laying around because he would just get them.”

Apparently, Brandon’s brother just wanted to “save” the cat.

Brandon Halleck’s family sounds like a fun group.  They also like to play cards, specifically a special form of euchre and have been playing for as long as he can remember.

“I remember growing up and sitting on my grandfather’s lap when I was six-years-old playing, holding, and learning how to play cards.  We did the same with my son.”

His son, a fourteen-year-old, soon-to-be freshman at Terre Haute South, is another reason Brandon is driven to make sure our community invests in its youth.

“Spending time with family, I think that’s harder, especially with kids doing things like traveling sports,” His son plays for a travel baseball team locally, “but spending quality time with family is that important aspect that we need to hold on to.  There are times I’m grateful he does the traveling sport, but there are times I think ‘don’t forget to be a kid.’  Sometimes kids today are robbed of their childhood, in the families we work with sometimes, because they are worrying about food and securities that we as adults have to worry about.  They’re thinking about ‘do I have hot water tonight?  Do I have these things?’ And for some kids, like my son, I’m like, ‘You really have it good.  Just enjoy your childhood.  Enjoy this.’”

He tries to make sure other kids are enjoying their childhood every single day.  One of the ways he works towards that is through volunteering with the Real Men Read program.

What is that? Let me tell you.