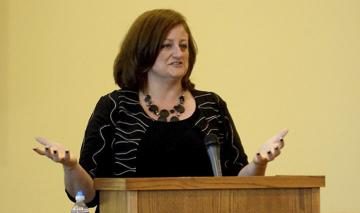 Who is United Way of the Wabash Valley?  Last week I introduced you to Richard Payonk with his penguin pajamas and his caring for the community mindset.  Now let me introduce Kristi Howe.  Former Chair of the Resource Drive, current Executive Director of the Vigo County Public Library, as well as current UWWV Board Member, Kristi is an exceptional woman. 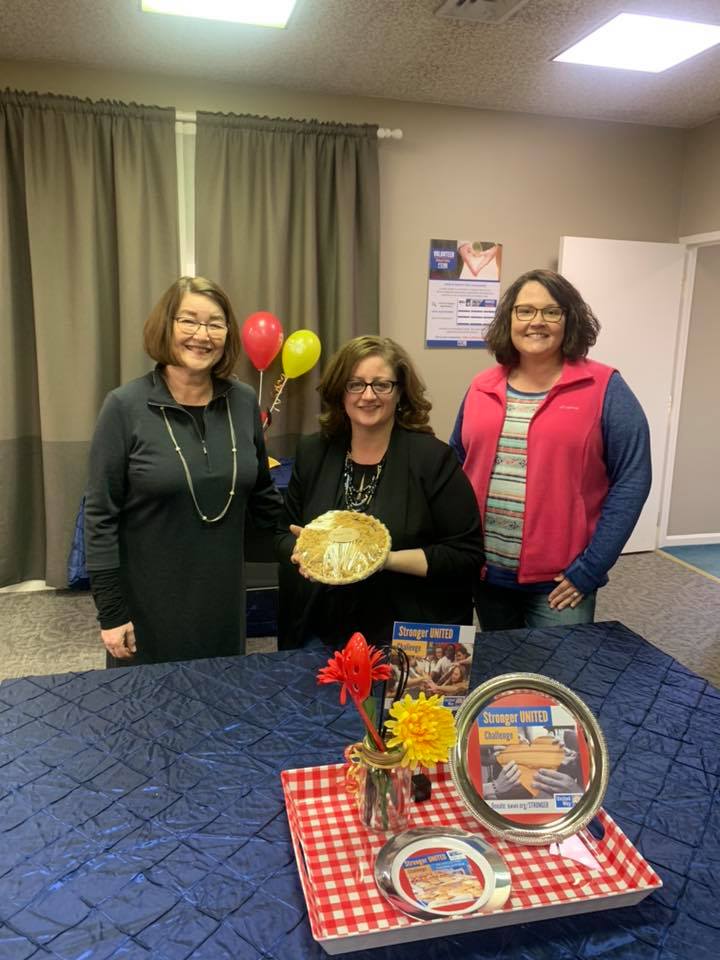 When we think of librarians, we often picture little old ladies with wire-frame glasses with eyeglass chains.  They are cranky and quiet, rarely speaking over a whisper.

This does not describe Kristi Howe.  Kristi loves to smile.  In my recent sit-down interview with her, there wasn’t a moment I felt uncomfortable, and the conversation flowed freely like talking with an old friend.

Kristi came to the UWWV because the library and they have always worked closely to help better our community.

“When I moved to town and took over my position the director of United Way was already pre-booked on my calendar.  It was like week one or two that I met with the director,” Kristi explains with large hand movements.  When her hands aren’t adding to the story, she’s mindlessly feeling the smoothness of her burgundy nail polish.  While it may be a nervous tick like many of us have (I for instance fiddle with my jewelry), she’s still laughing and smiling as she goes into detail about coming to work so closely with the United Way.

A giving mindset came early for her and her family.

“My mom, she would go back to school shopping… and be looking for sales so she could buy extra jeans, underwear, (and) socks to keep in her classroom because as a 1st grade teacher accidents are going to happen.  We were just always mindful that there are people in our community that could use a hand up.” As she speaks of her mother and how she prepared to take care of her students, its easy to see how proud she is to have been raised by someone so mindful and is happy she inherited that mindset from her mother.

I ask Kristi what her favorite thing about the Wabash Valley is.  It’s a hard question for her to answer.  She’s only been here a little over six years, coming to the community for the sole purpose of being the Executive Director for VCPL.  Instead of telling me a place she loves or an event that brings her joy, she goes even deeper and explains a little about why Wabash Valley is so special to her because of what she’s experienced elsewhere.

“I’ve lived and worked in multiple communities and multiple states, and one of the things that became apparent to me early on was just how philanthropic the Wabash Valley was in comparison to some of the other communities that I’ve lived in.  Especially when I was in the Chicago Area, you know, nobody lived and worked in the same town.  So, you often went to your job and then you went home.  You worked in one community.  As a public librarian, you know, I got to know the people who frequented the library in that community, but at the end of the day I would drive an hour home.  Where you shop, where you go to church, and where your kids go to school, all of that wasn’t necessarily the same community that you worked in.  So, you have disconnect in many cases.  So, for me moving to an area like this, you know a lot of people live and work in the same region, and I think that results in a more personal or substantial desire to see your community thrive.  People were just very generous either with their finances or with their time and their energy.  Just a lot of charitable giving, (and) a lot of volunteering. “

You can see the fascination on her face as she tells her story.  Moving from such large areas that didn’t have the sense of community that the Wabash Valley has to here is still something that excites Kristi and makes her want to get involved.  She wants to make change in our community and make it a place that people can truly thrive in.

“When we went through that strategic planning process a couple of years ago and really (started) quantifying and emphasizing the struggles that families face in the Wabash Valley and being willing to try really creative out-of-the-box types of things to solve problems, that was really motivating or encouraging for me to continue to grow my relationship with the United Way.  We have to have people who are willing to be creative problem solvers and put in the work that might take generations for anything to come to fruition.  I think that seeing and being part of that transition was really exciting for me.”

So, let me tell you about that transition that Kristi helped work on and just what kind of impact it’s starting to make thanks to hard work from so many people in our community.