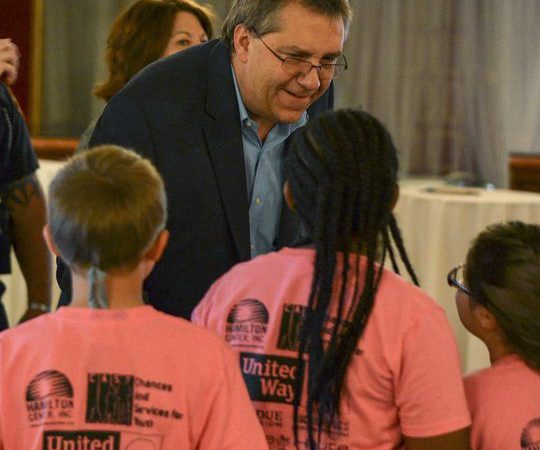 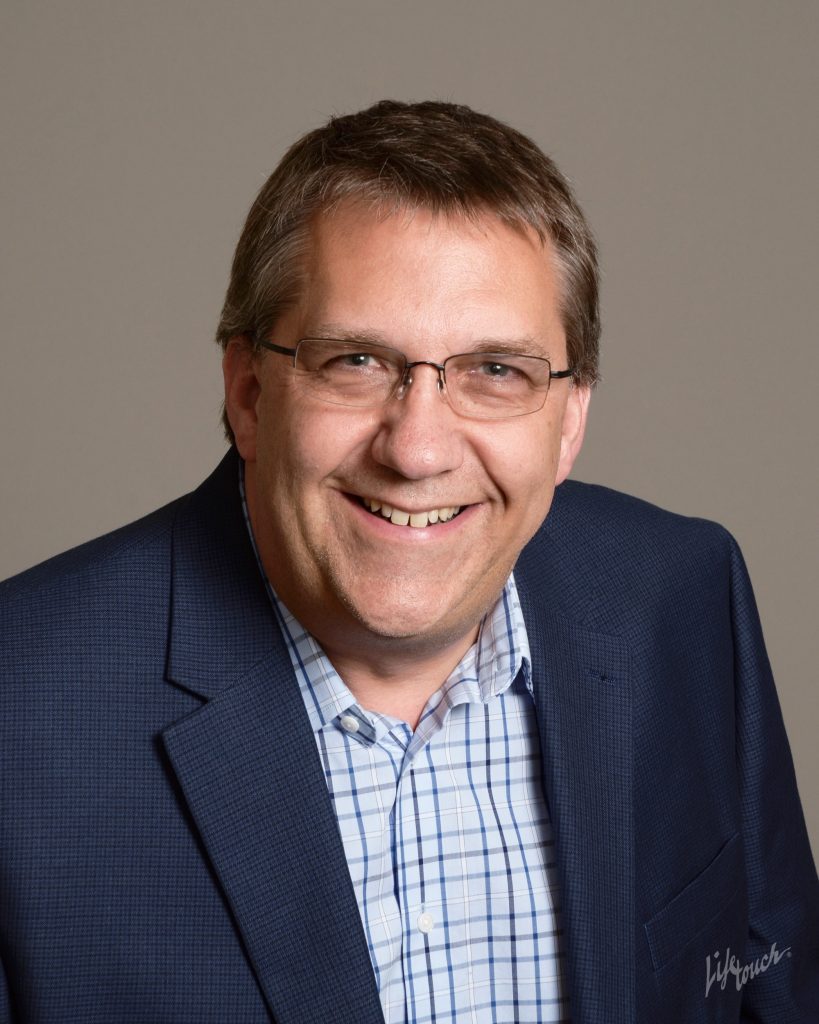 us around the community have seen the United Way logo.  We know that when we see it that means that a foundation that was created to help people struggling with poverty is on the scene.  We also associate the name with fundraising and asking us for money, but it’s so much more than that.  So, you may ask, “Ok, then what is United Way?”  Let me answer that with another question, “Who is United Way?”

United Way of the Wabash Valley is Richard Payonk.  As he sits in front of me, it’s hard to feel uncomfortable or nervous.  He may be the Executive Director of UWWV; He may be an engineering graduate of Rose-Hulman Technology Institute.  He may be my boss, but he never makes me feel less important than him.  What he does make important, and more than just something to be noticed in passing, is how excited he is to work with UWWV and how much he loves helping our community.

“My background with United Way started almost as soon as I got out of college at Rose,” Richard says as he moves his hands from his Winnie-the-Pooh mug to cross them in front of himself.  Working for a chemical company right after graduation in Louisiana, he found a large community that was deeply intertwined with their local United Way.  They hooked him into volunteering within his first two years.  “When I moved here, we moved building this plant with a lot of the same people who had that same giving culture toward United Way at our power plant up here.  So, we started a great United Way camp at our plant here locally.”

United Way isn’t the only reason Richard sticks around though.

“My path to Terre Haute was kind of predestined,” He explains.  The youngest of 5 children from St. John, Indiana, otherwise known as The Region, Richard says he was introduced to Terre Haute in 1975 when his eldest brother started at Rose-Hulman. “I had three older brothers (that) attended Rose-Hulman and my sister attended Saint Mary-of-the-Woods College.” He, of course, followed in their footsteps and graduated from Rose-Hulman in ’86.

True to the traditions of the town and college in older days he even married an ’86 Saint Mary-of-the-Woods graduate or Woodsie.  Married, now, for 32 years, the couple has two children and a grandchild on the way.  Their daughter is even a Woodsie herself, graduating just this year with the class of 2019.

All told, the excitable part of Richard seems to have passed on to his children.

“Our whole family is terrible at interrupting people because we get excited with something, we (are thinking about) and want to jump in with this exciting thing.” He goes on to tell a story about a Disney World Vacation.  His daughter was observing their family: Richard, his wife, their son, and daughter-in-law.  Someone saw a balloon shaped like the character BB-8 and said, “Oh look, a BB-8 balloon,” but no one replied.  The family continued on with their conversation until someone else noticed the same balloon that had been commented on earlier and said, “Oh look, a BB-8 balloon.” Alison, Richard’s daughter, explained that someone had already mentioned the balloon.   Unfortunately, yet again, no one seemed noticed.  It wasn’t long until a third person pointed out the very same balloon.

“So, now anytime someone in the family says something someone already said someone chimes in with ‘Oh look, a BB-8 balloon.’”

Richard Payonk’s laughter is contagious.  While the story made me laugh, it was funnier to me because it was him telling it.  Animated with every sentence and quick to laughter, it’s easy to get lost in a conversation with him.  I ask him if he has any traditions in his family in hopes of getting to know him just a little bit more.  I expected something about meals with family on holidays, something always said as a goodnight or even a birthday tradition.

I was not expecting penguin pajamas.

“I couldn’t even tell you where it started, but I have a stack of them in my closet, but on Christmas Eve we all receive penguin pajamas.” He shakes his head. As he continues on, he can’t keep the laughter out of his voice and his smile is so big it makes you smile too. “I’m sure it started when the kids were littler and it grew into the adults, and the adults get it (the penguin pajamas).  And of course, Christmas Day we all wear Christmas pajamas.  My wife complains every year saying, ‘You know we don’t wear these any other time of year.’  She’s probably right.  We don’t wear them very often, but I think even her grown children wouldn’t be able to handle it if we didn’t exchange penguin pajamas on Christmas ever.  If anyone ever looked in my closet and saw a stack of, you know, 20 pairs of penguin pajamas they’d think, ‘This person has lost his mind.’  It’s fun for us and, you know, every family has their own.  We can be known for weirder things.”

Family is important to Richard Payonk. Not just his family, but families in the community.  Helping struggling families get on their feet and put poverty behind them is something that he’s passionate about.

Let me tell you about how he’s working to make that happen.