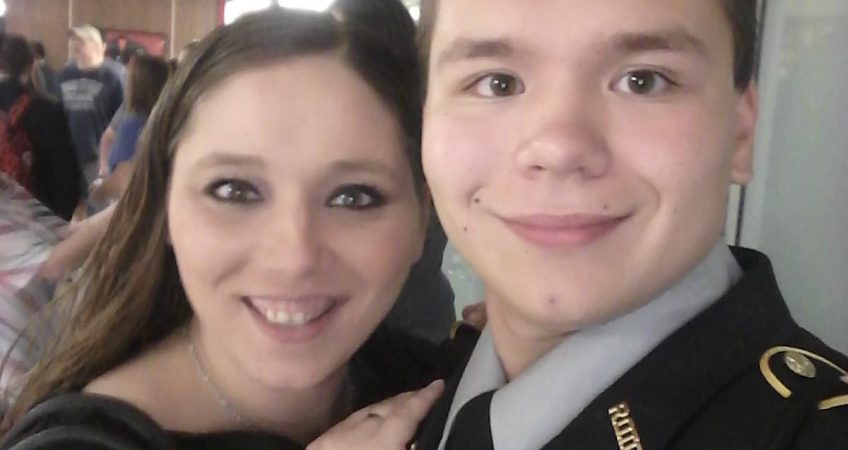 Posted by Abby Desboro In Uncategorized

Jennifer Hodges is a hard-working woman.  She loves her son and helping others.  As she sits across the table from me in her scrubs from work, she has a seriousness about her that can only come from experience.  That’s not to say she isn’t open or friendly.  She is both of those things and forthcoming with every question I asked all evening, but even from a distance, you can see that she has worked hard for everything she has.

I ask her to tell me a little about herself.  Instead of a brief encounter with where she works, her family, and other general topics, she dives right to the subject and gives me her story about how she became ALICE (Asset Limited, Income Constrained, Employed).

She was 19 when she became pregnant.  Enrolled in college straight out of high school, she knew she couldn’t continue and dropped out.  Despite what would throw most young women into a slump, she didn’t give up on trying to make her life better.  Her mother took her in with a 6-month time limit.  Jennifer would have to support herself and her baby.

“It wasn’t that she was mean or didn’t love me, but she knew I needed to be able to take care of my family.  I couldn’t do that if I just stayed there.”  Even though the path was a rough one, Jennifer is thankful for the actions her mother took.

Eventually, she and her newborn son moved into low-income housing.  Still working at least 2 jobs at a time, it was all they could afford.

“I didn’t have much of a choice.”  They continued to live there for several years.  The neighborhood was definitely not the best and crime was rampant.  “I lived there until my son was sitting by the window one day and there was a shooting right next to him.  I said, ‘Nope.  That’s it.  We are done.’”  She knew something had to change.

So, she went back to school.  Still, at the Federal Poverty Level, she was able to receive assistance for many things but knew that a degree would lead to a better life for her family.  It wasn’t easy.

“I worked over 30 hours consistently while still going to school and being a mom: getting dinner ready, getting him ready for school, getting him in bed so I could finally do homework.  Then I would turn around and do it all over again.”

Even after graduation, the struggles, while lessened, didn’t go away.

“The best job I could find right after graduation still only paid $8 an hour.  I couldn’t pay my school loans, let alone daycare, and according to the government, I made too much to receive help.  Since I wasn’t in school it was like they think that suddenly everything will be better right after you graduate.”

Jennifer laments that as a single mother it is hard when her son would want to do stuff, but she had to say no often.

“Sometimes it’s just simple stuff.  You feel like a failure when you have to say no.  When I want to do something special with him, then I have to think ‘Okay, how much overtime do I need to work to cover that?’”

Every move is calculated.  Every purchase is accounted for in Jennifer’s house.  She works hard and has a job she loves that is making a difference in the lives of many families at the doctor’s office.  Her son is in ROTC and has been raised to open doors for women and treat everyone with respect.  They are a respectable duo, but every paycheck is stretched to its furthest mile.  Even her son works at 16 so he can purchase things he wants as well as pay his cellphone bill.

“He has a job working 25-30 hours a week and I hate that for him.”  Jennifer may be sad that he has to work to have a few extra’s but she’s proud of the young man she has raised and worked so hard for.

Jennifer Hodges is ALICE.  There are many others just like her out in the Wabash Valley, hardworking people that have to decide between food and keep on the lights.  Find out more about what it means to be ALICE and how you can help by following the link https://uwwv.org/our-work/.