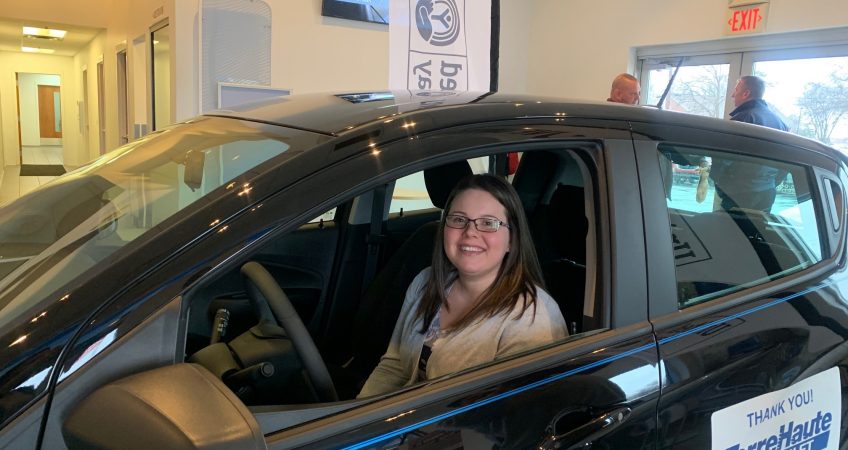 Posted by Abby Desboro In Featured on Homepage, News & Events

This fall when the United Way kicked-off their annual Resource Drive, they began their work to focus on their bold goal to move 10,000 families out of financial struggles and into stability. In order to do this they facilitated their annual Resource Drive to build a community impact fund with an added incentive to new or increasing donors. One lucky United Way of the Wabash Valley donor will be driving a new 2018 Chevy Spark! Terre Haute Chevrolet has “Joined the Fight” with United Way and for the 8th consecutive year they have remained as the United Way of the Wabash Valley Resource Drive incentive sponsor. 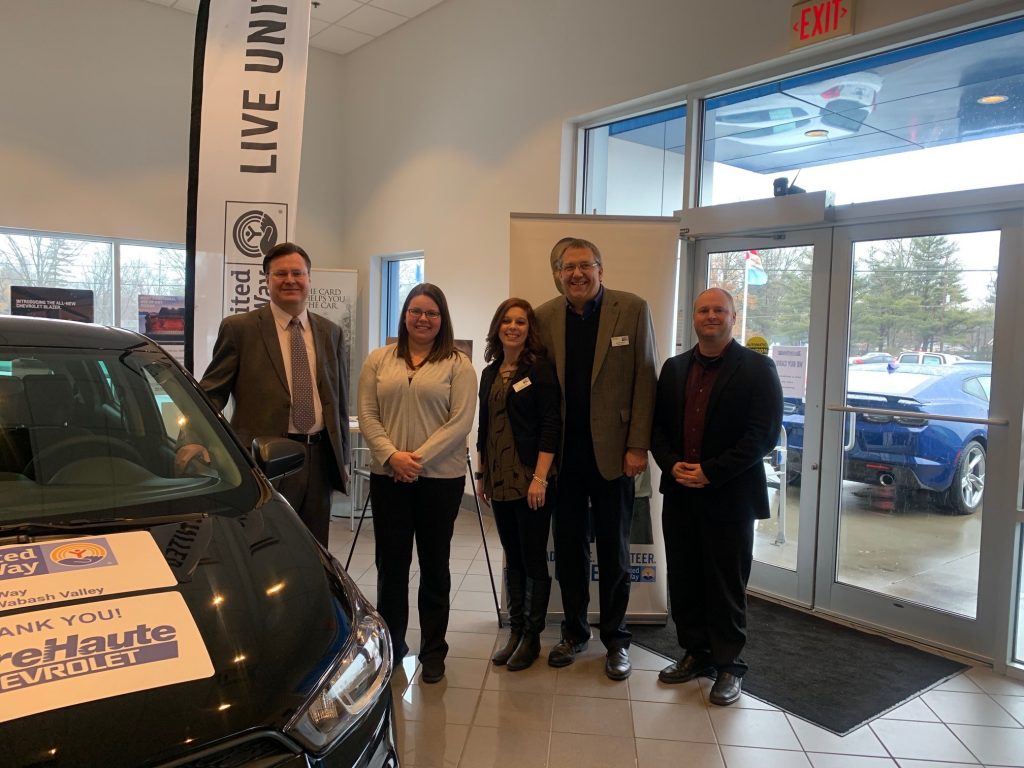 Richard Payonk, Executive Director of United Way of the Wabash Valley stated, “We are thrilled to award this year’s campaign incentive to a deserving individual who has Joined the Fight in our community. And we owe a great deal of thanks to Terre Haute Chevrolet for their generous donation of a new Chevy Spark to our United Way and being a great community partner.”

Donors earned chances to win the car based on their donor support. Any donation of at least $25 from a new donor, or a donation from a previous donor that has increased from the previous year by at least $25, automatically entered the donor in the drawing for the new car. A new gift of $50 equaled two entries and so on. There was also an incentive to local workplaces by giving two additional entries for every donor at any workplace that increased their number of donors by 20% from 2017. This year there were 5,118 entries from 860 donors. This resulted, in donations of $133,674.

“Terre Haute Chevrolet and the Romain Automotive Group are proud supporters of the United Way and all they do for our community. Our partnership with the United Way goes directly to the core of our culture, both personally and professionally. And, we enjoy being able to give back to the community,” said Kevin Cauble, General Manager.

hose three individuals met at Terre Haute Chevrolet to try their luck at picking the correct key that will start the car. Sarah Dehler from First Financial Bank, was the lucky winner by starting the car! The remaining two contestants each received a complimentary car detail from Terre Haute Chevrolet.

“I turned the key and won a car. When it started I was nervous and excited all at the same time!” stated Dehler.

The car will be officially awarded to the winner at the United Way of the Wabash Valley’s Annual Meeting on Thursday January 31st beginning at 5:00p.m. at Indiana Theater.