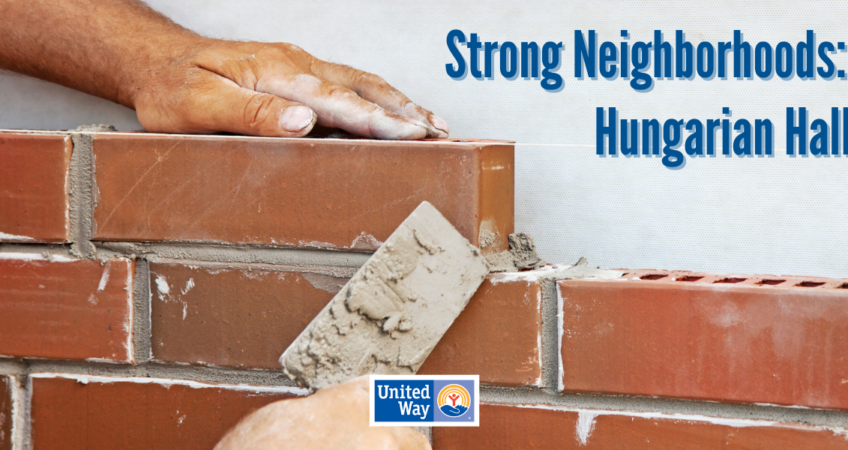 Posted by Abby Desboro In Blog, Moments of Impact

A longstanding community gathering space has seen some much-needed repairs with support from the United Way of the Wabash Valley’s Strong Neighborhoods Council. Hungarian Hall has been able to repair some of the brick work and coping on the outside façade of the building. The building, which was built in the 1920s was originally made of wood, with brick facing added later. Because of age and settling, it desperately needed some repair, however the organization did not know how to fund such a large expense. The Strong Neighborhoods Council mini grant opportunity was a fantastic way to repair such a vibrant community space. Hungarian Hall serves as an important part of the community, often hosting events, dances, rummage sales, and fundraisers. The building serves the neighborhood as a place for family events such as weddings, reunions, graduations, and funeral gatherings. In the past, the building has served as a voting location as well as a place for local politicians to hold community meetings. Additionally, it houses historical documents, photos, and artifacts supporting the creation of the society and the long history of Hungarian immigration. Fixing these issues impacts up to 5,000 people a year!

“We are most grateful to the United Way to be able to correct this dangerous situation!” stated Kathy Miller, Hungarian Hall.