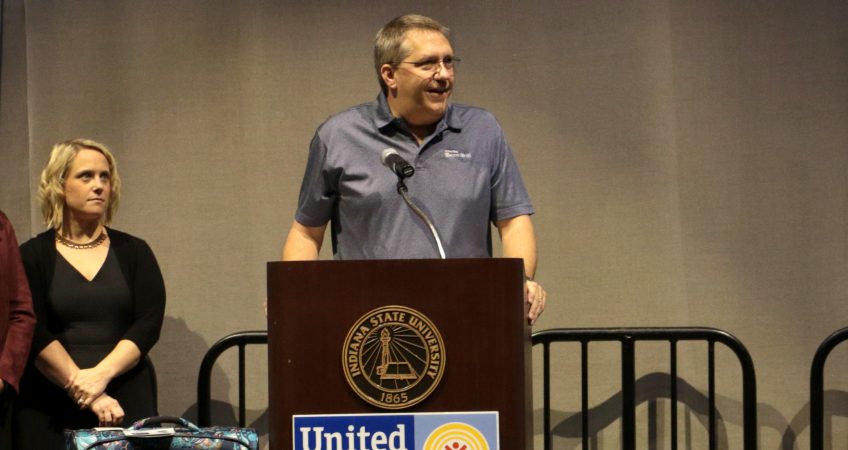 Who is United Way?  I’ve just introduced you to Richard Payonk, Executive Director of United Way of the Wabash Valley.  He’s got a closet full of penguin pajamas and gets excited easily. He’s also been involved with United Way 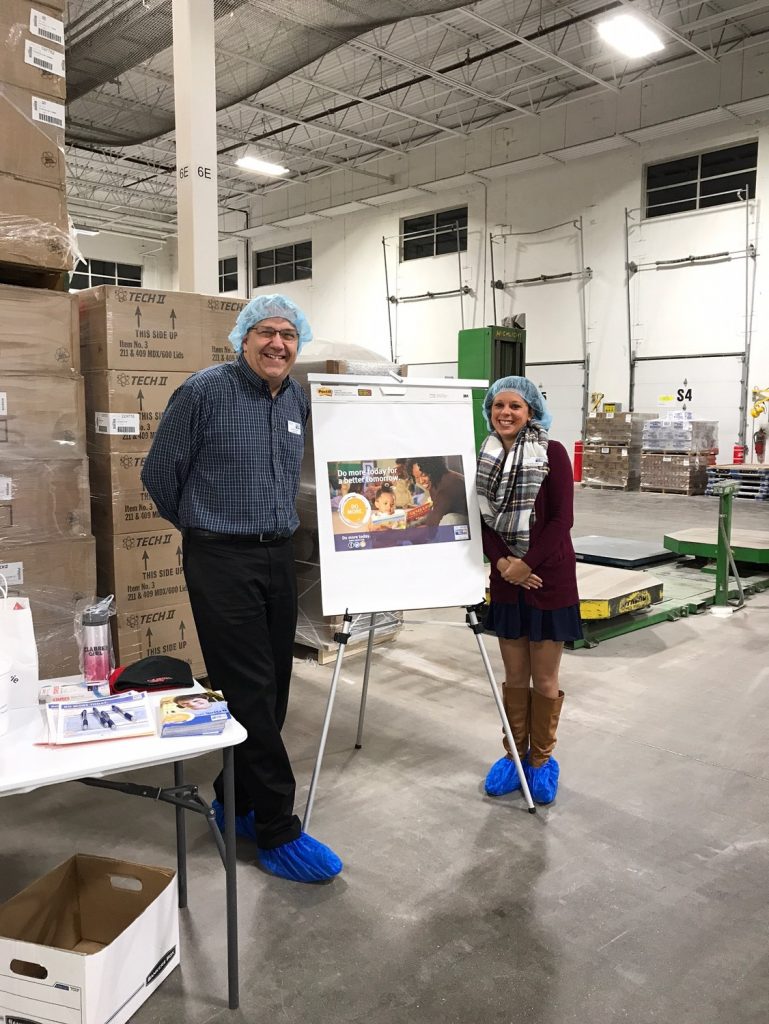 across the nation for many years, but how did this engineer become Executive Director of United Way of the Wabash Valley?

“After thirty years in engineering and retiring in about a month or two, my wife was saying, ‘So, what are you going to do now?’” He was already on the committee to look for a new executive director and suddenly it hit him.

“I love this work.  I would love to take an engineering kind of idea and concept to the social aspect of how to solve social (problems).” For the past three years, that is what he has been doing.  Richard was on a mission to show that band-aiding, while necessary in many cases, is never going to break the cycle.  It was time to find the root cause of the Wabash Valley’s generational poverty problem and throw a wrench into the machine.  There’s a lot to that, though, and United Way across the nation is well known for being a “giant fundraiser”.  How does someone take a fundraising not-for-profit agency and make it more?

Well, the answer is to turn it completely upside-down.  This is something Richard has been working towards long before he became the Executive Director.

“I don’t want to say it was my idea… When I was president of the board back in 2003… United Way first started talking about this old model of being a fundraiser …(was probably going to go away.  They were, even fifteen or twenty years ago seeing the signs (that) the new donors are generous but want to see more impact.  Impact was starting to be the bigger talk and there was talk already back then that United Way had to change from their (old) model.  I brought that to our board in 2003.”

Richard pauses and looks at me from over his glasses with a serious face.  Blowing a raspberry and making a thumbs down he shakes his head vigorously.  Apparently, it didn’t go well with the board.  About seven years later, as a volunteer, he brings the new model idea back to them.  The board now filled with new members and fresh faces around the table presents new opportunities, but again it was not well received.

“My interest in wanting to lead the organization was to be able to bring more data and concepts to the board and show why this was important. Now it didn’t take a lot of showing.  Our campaign had been declining for the better part of ten years… Donors were going other places because they saw more things that engaged them individually.”

All of this was back in 2016.  United Way reached out to the community and made sure several people got to tell their stories and what they saw creating problems in their areas.  Several of the things United Way had been funding through their campaigns over the past several years, according to the community, were great things, but they weren’t helping the main problems.

“When we put together the issues that we heard on drugs and the economy and jobs and the availability of family-sustaining wages, it all stemmed around generational poverty.  We heard that in so many conversations.”

Discovering that most of these people dealing with generational poverty had jobs but were above the federal poverty line (otherwise known as ALICE, Asset Limited Income Constrained Employed), they set to work on creating specific councils to tackle some root cause issues.  These councils would be funded through United Way and work on their own projects and grants throughout the community in hopes of breaking that cycle of poverty.  The full transition would take three years, something we are in year one of, and give agencies previously associated with United Way a chance to continue working together, but in a much different way.

Enter Success By Six and the Substance Use Disorder Impact Councils.  Focused on early childhood education and bringing easier access to help for those caught in the tangle of drugs, these two councils are working on new things constantly to help break that cycle.

Richard has had me on the edge of my seat, soaking up every bit of story he can tell.  There are many laughs and great insights into what and who United Way is with him.  I ask him a final question.  What is United Way to you?

He tells me it’s what the name actually implies.

“That whole Live United brand isn’t just brilliant because it makes people think of United Way, but, hopefully, people can look a little beyond that and realize that if we all came together these problems (can be fixed).  No government, no single business, no nonprofit can touch them, but honestly, the whole concept of living united isn’t, ‘Hey, send us a whole bunch of money and we’ll take care of it.’ What if you could donate to something and it worked with everybody.  Working together to say we can tackle these issues.  So, the whole United Way to me is a concept of a community that’s coming together.”

Richard is lively and excited about helping people.  His interview was a good start to my whole search of “Who is United Way?”

He’s not the only person excited about helping people.  Next week, I’ll introduce you to a woman who isn’t even a native of the Wabash Valley, but when she moved here for work, she dove in to make this community her home and to help many others who already called it home.